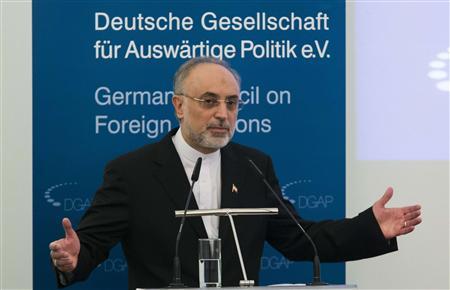 “Helga Schmid, Deputy Secretary General of the European External Action Service, agreed today with Dr Ali Bagheri, Deputy Secretary of the supreme national security council of Iran, that the next round of talks between the E3+3 and Iran on Iran's nuclear programme will take place in Almaty, Kazakhstan on 26th February,” a spokesperson for EU foreign policy chief Catherine Ashton said in a statement Tuesday.

Ashton thanked Kazakhstan for agreeing to host the meeting. (A US official noted that “Kazakhstan is a country that had a nuclear weapons program and voluntarily gave it up in the ‘90s,” State Department spokeswoman Victoria Nuland told journalists Monday.  “So it sets a powerful example.”)

Talks have been on hiatus since last summer, after three rounds of talks failed to narrow agreement on a deal under which Iran would stop its 20% enrichment activities.

Iran notified the IAEA last week that it intends to install as many as 3,000 more advanced IR-2M centrifuges at its enrichment plant at Natanz.

Iran has been giving mixed signals about returning to the negotiating table, as well as whether it would take up an offer for direct talks with the United States.

“As I have said yesterday, I am optimistic, I feel this new administration is really this time seeking to at least divert from its previous traditional approach vis-a-vis my country,” Salehi told the German Council on Foreign Relations in Berlin on Monday, Reuters reported.

“Iran's leaders need not sentence their people to economic deprivation and international isolation,” US Vice President Joe Biden told the Munich Security Conference on Saturday. “There is still space for diplomacy backed by pressure to succeed. The ball is in the government of Iran's court.”

(Photo: Iran's Foreign Minister Ali Akbar Salehi delivers a speech at the German Council on Foreign Relations in Berlin February 4, 2013. Iran said on Sunday it was open to a U.S. offer of direct talks on its nuclear programme and that six world powers had suggested a new round of nuclear negotiations this month, but without committing itself to either proposal. Credit: Reuters/Thomas Peter.)