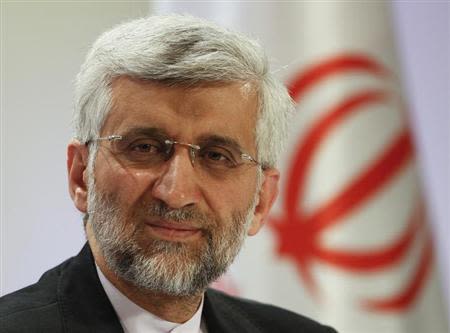 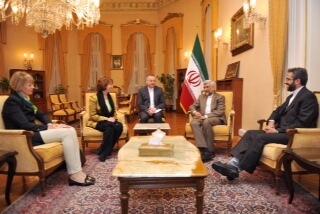 “These guys have a totally distorted conception of politics globally,” the Iranian analyst continued. “That naivete may be a blessing for them.”

As functionaries in Iranian bureaucracies in the 1980s and 90s, “these guys were never able to move up the ladder for some reason,” he continued. “Because they… didn’t want to move in [to modern] times. They are stuck in the 1980s. They dress in the revolution, the landscape of Iran politics in a changing world environment. They never develop new ideas, new concepts.“

With no real economics or management experience and a modest, mild mannered persona, Jalili may have a hard time winning popular support–even with the quiet backing of Khamenei and the machinery of Iran’s “deep state” security establishment (the Sepah/ Revolutionary Guard, etc.), the Iranian analyst assessed.

Since the surprise candidacy of former Iranian president Hashemi Rafsanjani, “conservative forces are in disarray,” he said. But there were signs, he acknowledged, that Iranian conservative factions may be considering mobilizing to back Jalili.

One thought on “Who Is Saeed Jalili?”