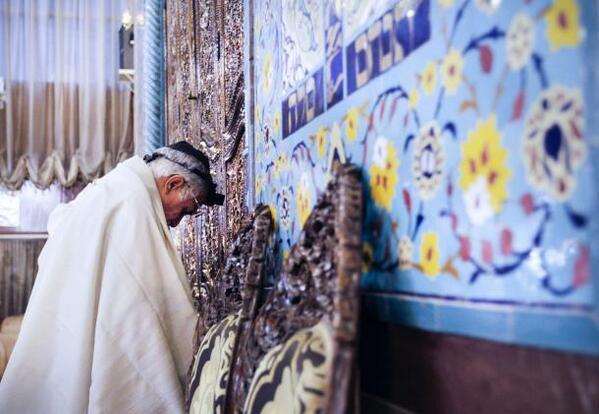 The World Jewish Congress offered cautious praise Friday for the “surprising….welcome” Rosh Hashanah greetings offered to the Jewish people by Iran's new president and foreign minister on Twitter this week, but said the Iranian leaders' welcome words of tolerance on the occasion of the Jewish new year's holiday should be followed by “concrete actions.”

“The Rosh Hashanah message to 'all Jews' — which includes those living in Israel — was a surprising gesture and a welcome change in tone compared with President Rouhani’s predecessor,” World Jewish Congress President Ron Lauder said in a press statement Friday. “The comments attributed to Foreign Minister Javad Zarif on the Holocaust are also a step forward.”

However, Lauder continued, “words are meaningless if they are not backed up by credible actions. Until Iran ends its support for the enemies of the Jewish state, until it stops providing support to terrorist groups targeting Israeli and Jewish targets worldwide, and a regime that is gassing thousands of its own citizens in order to remain in power, these words sound hollow.”

“As the sun is about to set here in #Tehran I wish all Jews, especially Iranian Jews, a blessed Rosh Hashanah,” Rouhani's official presidential English language Twitter account tweeted under his name on Wednesday, accompanied by a photo of a man praying at an Iranian synagogue.

As the sun is about to set here in #Tehran I wish all Jews, especially Iranian Jews, a blessed Rosh Hashanah. pic.twitter.com/tmaf84x7UR

The display of Rosh Hashana Twitter diplomacy from Iran's new president and foreign minister has set off stunned amazement in the social media and western policy universe, as well as revealed continued wariness and disbelief in some quarters about how sincere or calculating the expressed sentiments may be. They have also reportedly set off some confusion in Tehran, and disgruntlement among conservative circles deeply invested in Iran's avowed policies of hostility to Israel.

Zarif sought to address the matter in an interview with Iranian media Friday, distinguishing Jewish people from Zionists, but the comments may do little to ease western criticism of Iran's policies towards the Jewish state.

“Judaism is a divine religion that we respect in accordance with the teachings of our religion and our country's constitution.” [Zarif] added, “In the Islamic Republic of Iran Jewish compatriots are a recognized minority and in the parliament they have an active parliamentary member.”