US Special Envoy for International Energy Affairs Carlos Pascual announced Friday he will step down in July, U.S. officials told the Back Channel.

The departure plans come as oil proces have spiked amid the new security crisis in Iraq, as al Qaeda-linked the Islamic State of Iraq and Syria (ISIS) overtook the city of Mosul.

Pascual, a former US envoy to Mexico and Ukraine, stood up the new energy affairs bureau three years ago, but was never confirmed. He is expected to head next to Columbia University.

Pascual’s deputy Amos Hochstein is considered a possible nominee to succeed him. 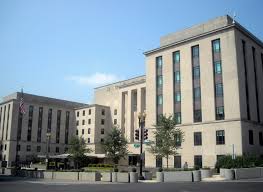 Who will oversee US Syria diplomacy, if Robert Ford, as we first reported, is tapped to succeed Anne Patterson as US Ambassador to Cairo?

US officials told us, as far as they know, the decision on that has not yet been finalized. Ford, in any case, “will do Syria for a few more months,” as he prepares to go to Egypt, one official, speaking not for attribution, said Tuesday.

“I think serious thought should be given to moving the position out of the Department and to the field, along with 'team Syria' currently cloistered in NEA”–the State Department Near East Affairs bureau, one former senior U.S. official told us. “A difference can be made in Turkey and Jordan with the opposition and in interacting with partners. Hard to do anything useful in Washington from inside the NEA bureaucracy.”

Syria needs a US government point of contact, who can “manage the whole inter-agency Syria process,” another current official said. That, in addition to “a seasoned diplomat who speaks Arabic and knows the region and could engage the Syrians.”

Meantime, US officials told the Back Channel that former Clinton White House Middle East advisor Rob Malley has been offered the job of National Security Staff Senior Director for Persian Gulf Affairs, but as yet has not agreed to take it. (The Back Channel previously reported that the current NSS Senior Director for Iran/Iraq and the Persian Gulf Puneet Talwar may be nominated to become Assistant Secretary of State for Political-Military Affairs.)

One possibility is that Malley may instead become a senior advisor on Syria to Secretary of State John Kerry, working out of the front office, a US diplomatic source told the Back Channel. Malley did not respond to numerous queries. He is said to be very close with Frank Lowenstein, Kerry’s deputy Middle East envoy.

Meantime, the Back Channel has learned of several other diplomatic appointments in the works:

Acting Assistant Secretary of State for Near East Affairs (NEA) Elizabeth Jones may move to become the deputy to US Special Representative to Afghanistan and Pakistan (SRAP) James Dobbins, after her successor Patterson is in place, officials, speaking not for attribution, said. Secretary of State John Kerry last week named deputy SRAP James Warlick, a former US ambassador to Bulgaria, the next US envoy to the OSCE Minsk Group.

Principal Deputy Assistant Secretary of State for NEA Elizabeth Dibble will become Deputy Chief of Mission at the US Embassy in London, US officials tell us. (She didn’t respond to a query.)

US Ambassador to Yemen Gerald Feierstein is expected to become the next PDAS in the NEA bureau, officials said. Feierstein, who met with Yemen’s president in Sanaa on Tuesday, the State Department said, is expected to serve a few more months there before returning to Washington.

US Ambassador to France Charles Rivkin is expected to be nominated Under Secretary of State for Economic Growth, Energy and the Environment, succeeding Robert Hormats, officials tell the Back Channel. “It’s a done deal,” one official said Tuesday, adding the nomination is expected to be announced the first week of September.

END_OF_DOCUMENT_TOKEN_TO_BE_REPLACED

The White House is expected to notify Congress as soon as tonight that it is re-nominating Carlos Pascual to be Assistant Secretary of State for Energy Resources, sources tell the Back Channel.

Probably not coincidentally, Pascual is due to join National Security Advisor Tom Donilon at the launch Wednesday of a new Columbia University Center on Global Energy Policy.

A former US ambassador to Mexico and Ukraine, Pascual has been in the acting job for over a year, and the young bureau is eager to get the assistant secretary in place. His nomination last year was put on hold, rumored to be by Sen. John Barrasso (R-Wyoming), and it’s unclear as yet whether he or others plan to maintain it. Pascual recently married the daughter of Francisco Rojas, the head of Mexico’s CFE electricity company and PRI politician, officials said.

Near East: Two US officials say they now believe that Stuart Jones, the U.S. Ambassador to Jordan and former Deputy Ambassador to Iraq, may be leading the pack of candidates to succeed Beth Jones as Assistant Secretary of State for Near East Affairs. Other possibilities mentioned are US Ambassador to Iraq Robert Stephen Beecroft, as well Ambassador to Egypt Anne Patterson, Ambassador to Syria Robert Ford, and Ambassador to Turkey Francis Ricciardone.