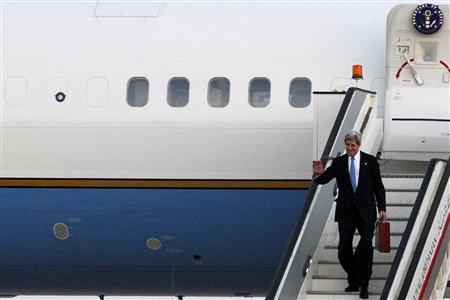 END_OF_DOCUMENT_TOKEN_TO_BE_REPLACED

Former Israeli peace process advisor Daniel Levy analyzes the global implications of Israel’s election results in a private memo for the European Council on Foreign Relations. The upshot: while the expected coalition is not likely to advance prospects for the two-state solution, the results indicate Israelis are concerned about Israel’s growing international isolation in large part because of the settlements:

“The key lesson for the West, and notably Europe, from the election is that concern over potential international isolation brought on by overzealous right-wing policies towards the Palestinians helped boost the centrist vote,” Levy, the director of ECFR’s Middle East programs, writes in a paper shared with the Back Channel. Yair Lapid, Israel’s second place finisher Yair Lapid:

repeatedly emphasised during the campaign that Israel risked being isolated internationally absent a more credible peace effort. Israel’s rightward drift, then, can be stemmed and even reversed if the West sends the right signals through smart pressure and imposing consequences, rather than evading its responsibility in responding to Israeli violations of international law. How the West approaches that responsibility will go some way to determining whether Lapid becomes the presentable face of a government that continues to deny Palestinian rights and defy International law or recognizes the need to challenge existing policies in this respect. The policy choices that the Palestinians take, of course, are not irrelevant to that equation.