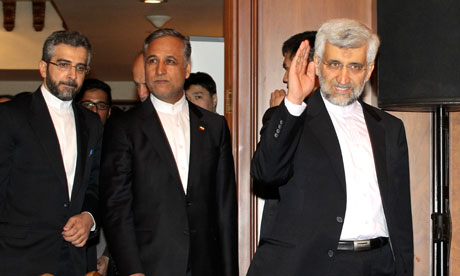 Jalili–speaking at an April 6 press conference after two days of intense but inconclusive talks with six world powers that failed to produce much headway–said the message of the 700 year old poem cited by Obama is that he should ease sanctions on Iran if he wants to reduce enmity between the two countries. END_OF_DOCUMENT_TOKEN_TO_BE_REPLACED